Werner Von Croy was an archaeologist-adventurer and the one-time mentor of Lara Croft.

Born in Vienna, Austria on May 21st, 1940. His father, the curator of the city museum, introduced him to ancient artifacts that so possessed his later life. He begin his explorations at an early age to glean items for the museum.

When Lara was 16, Von Croy took her on a journey to Angkor Wat in Cambodia for her very first adventure. Werner wanted to find an old artifact "Iris" which was hidden in the temple and despite Lara's warnings that removing it could be dangerous, he stubbornly tries to take it resulting in his right leg being severely injured and having to use a walking stick afterwards. Croft reluctantly abandons Von Croy in order to escape (she would have been crushed to death by falling rocks if she tried to rescue him).[1]

They meet again several years later, now as enemies, seeking the Amulet of Horus. During the game, Von Croy is possessed by Set, making his and Lara's rivalry grow even larger. When he tries to save her life at the end, Lara hesitates, as she believes he isn't trustworthy, and is apparently killed, and the game ends with Von Croy paying his respects to her.[1]

It is later revealed that Von Croy and a digging team found Lara's backpack in the ruins, indicating the possibility of her survival.[3]

Between the events of The Last Revelation and Tomb Raider: The Angel of Darkness, Lara and Von Croy have an encounter which is not featured in the games. They once again disagree mostly about the events in Egypt and become enemies until Von Croy invites Lara to his apartment in Paris, where he is murdered by Joachim Karel disguised as the Monstrum killer and The Angel Of Darkness begins. 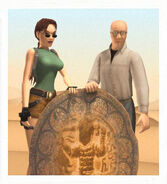 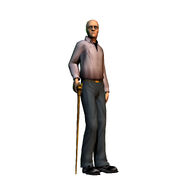 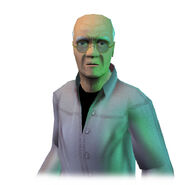 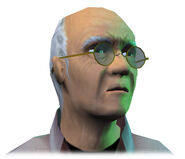