A man is arrested and held for questioning. Dr. Sarah Greenwood is brought in by D.I. Murdoch to psychoanalyze him. Dr. Greenwood is not happy abut it because she was off-duty. When the man was picked up near the Big Pen he was carrying multiple items including dual guns. And apparently something is about to happen at 3 o'clock, involving a girl. The man's identity can't be confirmed due to his thumb fingerprints being worn off.

During the questioning, the man reveals that her girlfriend Lara is in danger and only he can help her. D.I. Murdoch gets a bit handy, thinking the man has killed the girl in question. When asked about how she looks, the man gives Dr. Greenwood an image of Lara Croft. Greenwood concludes the man is crazy and leaves the investigation. 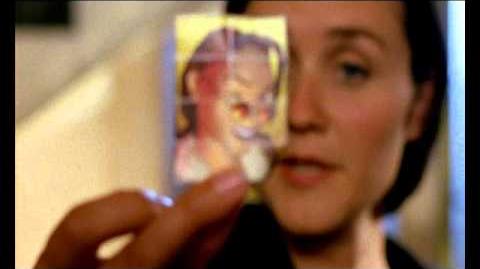