The Tomb Raider: The Last Revelation interactive CD was released in 1999 exclusively in the UK and Spain. In the former it was released with an issue of PC Gaming World as a special edition CD. In the latter it was issued with AGFA products, contained inside a card sleeve and with an instruction sheet.

The disc contains an interactive point and click application in which you are invited into Agar's Bazaar. Inside are many items that can be interacted with to access various Tomb Raider multimedia. The following can be found: 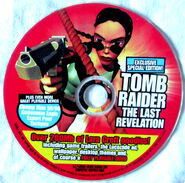 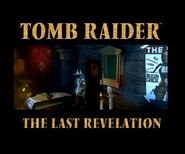