Tomb Raider: 10th Anniversary Edition is discontinued version of the Tomb Raider: Anniversary first attempt by the Core Design started in 2005, but was cancelled in 2006.

In August 2020, Tomb of Ash website is trying to get the permission to release the game assets they acquired in some sort of official manner after the first attempt was turned down, with a fan drive to show that there is demand for it.

The article in question goes more in-depth with what they have "We need your help. Tomb Raider: Anniversary Edition", and has a link to the petition[1].

After getting no official responses, the files were made public on the Internet Archive webpage. Several people are working on making a playable version[2].

Gameplay would be similar to classic games, with better geometry and high definition textures. Lara Croft would have new and improved acrobatic moves. There was a planned cooperative mode over wi-fi featuring Lara Croft's cousin Melissa Croft, with whom items could be traded. Single-player mode would also unlock alternate playable skins after the first completions[3].

A video game trailer showing footage of a new Tomb Raider game was distributed on the Internet on 8 June 2006. The titles and logos of the trailer claimed that the title was Tomb Raider: Anniversary Edition, a PSP game by Core Design. The trailer featured Lara Croft in familiar yet remodeled environments from the original, Tomb Raider, complete with new animations, and interactions which were much more elaborate than what was in the original release of the game. The footage from the trailer was running on the PSP hardware, using the Free Running engine, though it would most likely have made its way to the PS2 platform and PC. Video game discussion forums had been speculating about the veracity of the trailer, because it featured a recognizable film score (Duel of the Fates from Star Wars Episode I: The Phantom Menace) that caused some viewers to question whether it was a real project. Core has since admitted the trailer was from a cancelled project.[4] The video is now difficult to find across the Internet, since it infringes copyright and was not supposed to be revealed to the public.

The next week, Eidos Interactive announced that it would be making Tomb Raider: 10th Anniversary Edition for PS2, PSP, and Windows. It would be designed by Crystal Dynamics, an American game development company that replaced Core and went on to create the seventh entry in the series Tomb Raider: Legend.[5] In addition, Buzz Monkey Software would provide the development effort.

Rather than a 're-imagining,' as Crystal considered their version of the remake, Core felt that their anniversary edition was instead a faithful remake of the original, but with several additions, and overall a game that was better than the original in every aspect. When creating the Free Running engine, the team played with a Lara model and suddenly developed the idea of creating a remake of their 1996 classic. They suggested the idea to Eidos, who agreed and allowed them to continue. Early on, Core decided that the game would have to be graphically similar to Tomb Raider: Legend, so they gave the Lara model facial similarities. New to the game was the idea of pole swinging, absent in the original. It also had the concept of 'ledge-hopping,' as was seen in Legend. Coincidentally, Core introduced cross-hair targeting, which they later discovered was also being used in Legend. Core were also including a brand new extended final level, where Lara would battle a Huge Atlantean War Machine as Atlantis crumbled into ruins. As special features, a documentary, concept art, FMVs and character models from the original game would have been included. Nathan McCree would have developed a new score, and Core had originally planned on using Jonell Elliott to voice Lara, though they never reached the recording stage[6].

Core Design decided to turn the game into an Indiana Jones game, but that plan also failed, most probably because they failed to get the license deal. The final work-in-progress build had Indy model made[7], and the Natla's Mines level was tweaked to have Nazi elements in that version. The rest of the artwork was still that of Tomb Raider, some even still from the original Tomb Raider. Interestingly, the loading screen had the movie National Treasure image. 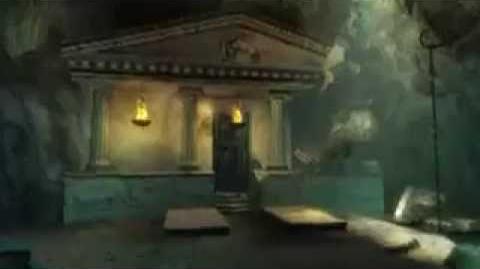 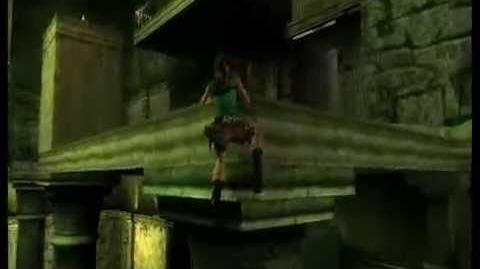 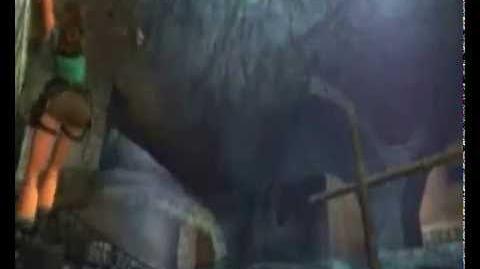 Retrieved from "https://tombraider.fandom.com/wiki/Tomb_Raider:_10th_Anniversary_Edition?oldid=62951"
Community content is available under CC-BY-SA unless otherwise noted.