A stone dais is a special device that serves as a transportation network from any parts of the world to Helheim. They play a big role in Tomb Raider: Legend and a smaller role in Tomb Raider: Underworld. With the use of the Excalibur sword, an individual could travel anywhere in the network. A stone dais usually consists of five stone menhirs, a giant stone circle that serves as a portal, and a pedestal for Excalibur sword as the final key to travel.

Lara first encounters a stone dais in Nepal at a young age. When a plane carrying a group of passengers crash, Lara and her mother Amelia Croft are the only living survivors of the accident. Young Lara stumbles across a stone dais with a sword in the pedestal. She accidentally touches the sword, which causes the stone dais to become activated. Amelia runs over to Lara in hopes to protect her from the device, but pulls the sword from the pedestal after hearing a voice telling her to do so through the giant stone circle. The device then collapses, and transports Amelia to Helheim.

Years later, Lara comes across a stone dais in Bolivia which is similar to the one she encounters in Nepal. This one was missing a sword though. She later learns that an old friend by the name of Amanda Evert is trying to find the missing pieces of Excalibur sword, which is needed to be placed in the stone dais in order for one to travel to Avalon. After traveling the world to find the missing pieces, Lara finally returns to Bolivia with the completed sword. After a long fought battle with Amanda, Lara places Excalibur into the stone dais. The stone dais becomes unstable though and explodes after Amanda warned Lara to pull the sword out.

Lara comes across a stone dais while trying to escape from a crumbling Helheim. Noticing that her mom was trying to use the stone dais to escape, Lara realizes that one of the stone pillars was not intact, which made the portal unusable. After reconstructing the portal, Amanda and Lara use it to escape the dilapidating Helheim. It later returns to them to the same stone dais that Amelia used to transport to Helheim in the first place.

Lara comes across at least three stone daises while trying to find a way to Avalon. It is unknown if there are more stone dais locations, but its possible that more exist and are never fully explored in the game. 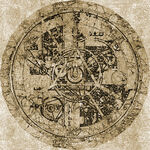 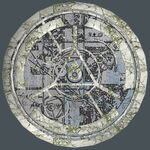 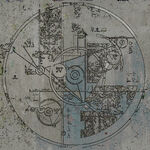 Add a photo to this gallery
Retrieved from "https://tombraider.fandom.com/wiki/Stone_Dais?oldid=57385"
Community content is available under CC-BY-SA unless otherwise noted.