The Solarii Brotherhood are the primary antagonists encountered in Tomb Raider as well as the majority of the humans residing on Yamatai. Very few members of the Solarii were referred to by name, mainly just Father Mathias, their evil master, Vladimir, the leader of a group of scavengers living in a mountainside village, and Vlad's brothers Boris, Nikolai, and Dmitri.

Rise of the Brotherhood[]

When Mathias arrived on Yamatai, his fellow survivors died trying to escape the island, and he knew there was something more to the storms. As he was discovering the secrets of the island, he found that he could not do it alone, he gathered a small group of loyal followers. Believing they must understand power and the need to organize. But more importantly, they cannot hesitate to kill or use violence, making it their Life there. This began the Brotherhood of Solarii, by giving them structure, purpose and work.

After explaining the truth of the island, he would offer the survivors a choice: death or salvation. Those who opposed would be immediately killed. Women would be sacrificed (or, from a certain point of view, tested) in their ceremony to find the Sun Queen's successor.

Mathias recruited as many as possible, choosing those who are physically strong, but not too smart, so they would fall in line and take orders. Those who asked questions would be killed immediately. He drafted laws and a code for them to live by. They would need to prove their commitment to the queen, making them fall in line and believe.

The Solarii built a city near the Queen's palace while Mathias searched for the key to unlocking her power and escaping the island.

As stated by a Solarii in one of the Confessions of a Solarii entries, Mathias believed that the men would need to be strong of body, weak of will. Because of this, the new recruits are thrown into a chamber in the Geothermal Caverns and were left to fend for themselves for days, sometimes weeks, without water or foods. Those who survived are welcomed with open arms. But at the same time, the recruits' humanity was destroyed, turning them into inhumane savages.

The lack of food and water caused most of the recruits to resort to cannibalism, wasting no time tearing apart the new ones and eat them, as witnessed by Lara after escaping from her captors. Some recruits are also locked in cells, their sanity slowly dissolving into madness.

After Lara destroyed Himiko and left the island with Jonah, Reyes and Sam, the Solarii Brotherhood were left mostly unarmed and leaderless. However, not long after, the organization known as Trinity deployed an elite force to the island. This force completely purged the island, exterminating every Solarii and Stormguard warrior, and destroyed all traces of Yamatai civilization, such as cultural artifacts and tombs. All this was done before Yamatai gained media attention.

Hunter Type 1 - Armed with a Bow and Arrows, these are the most common type of Solarii encountered. They usually take cover and fire arrows from cover, but will be suprised if Lara can sneak up unnoticed. They can be recognised by their bulky coat and quiver.

Hunter Type 2 - Armed with a sword and axe, they usually swarm in to attack Lara while their allies provide covering fire. They can be recognised by their axe hanging from their belt.

Sapper - Throws molotov cocktails. Can be identified by their red sleeveless jacket and red backpack. Their molotovs can set Lara on fire, doing large amounts of damage. They act like hunters, but throw their molotovs when out of cover.

Rifleman type 1 - Armed with a rifle, they can kill you in the open, common type, but can be killed simple with a headshot, if you are near them, shot with shotgun, hit them with your rifle or with your pistol. They don't have armour, so they are easily to kill and easily to be killed. The clothing is like the hunters, but they wield rifles.

Rifleman type 2 - Like the first rifleman type, they wield rifles but they have armour. They are difficult enemies to encounter. Just shot them multiple with rifle, pistol or shotgun. For the bow, use fire arrows against them. They will be recognised by the gas masks they are wearing.

Elite type 1 - Armed with a sword and makeshift riot shield, these are very rare. They act like Hunter Type 2's, but are far more dangerous as they are more protected and have scrap metal armour. 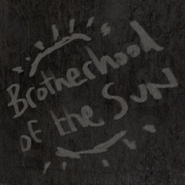