Shadow of the Tomb Raider: The Nightmare

The Nightmare is the third DLC pack for Shadow of the Tomb Raider. This DLC was released on January 22, 2019.

Lara Croft walks in on Uchu and Jonah Maiava swapping scar stories. When Uchu asked Lara to share hers, she brushes the subject off fast. Jonah then asks about Uchu's face scar. Uchu tells them about a poison that could help the rebellion, and that the scars were from his ultimately failed attempt to get it. To obtain the White Breath recipe, one must take the Path of fear alone. Lara offers to get the recipe. Lara follows the path and finds a woman on it, who doses Lara with the White Breath. Lara hallucinates about her family, and friends getting killed, and finally sees herself as the cause of it. She overcomes the effects of the poison, and presses onward to the trial, which held the recipe for the White Breath. Lara returns to Paititi and gives the recipe to Uchu. Jonah still curious of the full story behind Uchu's scar asks about it, but Lara now knowing what the Path of Fear meant diverted the question.

The collectibles of this DLC go under The Nightmare Artifact Collections. During the completion of this DLC challenge tomb Howl of the Monkey Gods, player is awarded with "White Breath" skill which grants the player Fear Arrows to generate a cloud of hallucinogenic vapor clouds. 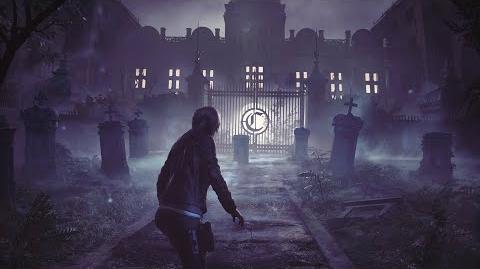 Shadow of the Tomb Raider - The Nightmare
Español
Community content is available under CC-BY-SA unless otherwise noted.
Advertisement