A famous Spanish car company called Seat decided to use Lara's celebrity status to advertise their new made cars such as Ibiza, Cordoba, Aroza and Alhambra.

"SEAT is a modern company with a commitment to change people's perception of driving, aided by the experience and resources of the Volkswagen Group. 'As a young brand these are the core values that we live by and beat in our hearts, inspiring us to create exciting, high quality, driver focused cars with plenty of attitude and character, and that express our very spirit of auto emoción - cars built by enthusiasts, for enthusiasts.

SEAT cars are packed with seductive style and design detail, together with modern technology and performance. Our models range from the awe-inspiring 240PS Leon Cupra (derived from our motor sport heritage), to the funky and lively new Ibiza, to our Altea family of cars. At SEAT we're driven to design a range of cars to stir the emotions."

Lara would often use different cars to either escape from dangerous situations, while running late to enter her game or use to get to certain holiday spots.

Even though Lara appeared in many commercials. They were only shown and seen in Spanish. 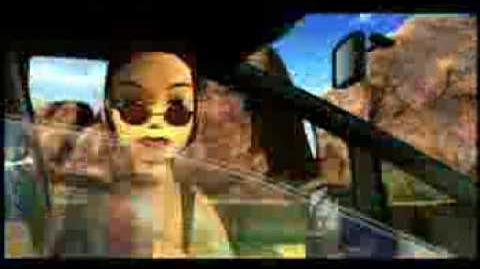 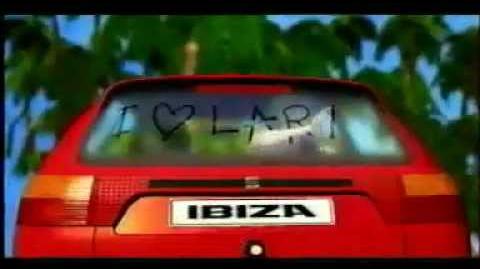 These ads proved to be successful, people were purchasing more cars and Lara had once again became even more famous in the public eye.