The series began airing shortly after the release of Tomb Raider: Anniversary on July 10, 2007 on GameTap TV, a video game rental and video streaming service operated by TBS and later by Metaboli. The series concluded on November 13, 2007 and following the closure of GameTap, all episodes were made available for free to watch on YouTube.

The series consists of 10 episodes, averaging about six minutes each.

Each arc uses a different style of animation, leading to each one having a very different tone and atmosphere. The first three episodes use an OVA anime style, similar to the series Hellsing Ultimate. Episode 4 uses a style that is much more comical and upbeat, very similar to that of a Loony Toons short. The fifth and sixth episodes begin with narration over still images, which transition into pages of a book. The rest of the episode is styled somewhat similar in a manner to the series Archer. Episode 7 is presented in the style of classic cinema, complete with a grainy audio track. The animation style is similar to Doctor Who: Scream of the Shalka. Episode 8 uses a style that is very similar to that of American cartoon, Kim Possible. Episode 9 is more akin to a children's cartoon, and Minnie Driver is temporarily replaced by Peta Johnson, who voiced Scarlet in a previous episode. The final episode uses the style of a motion comic, complete with onomatopoeic lettering for actions, and scene transitions via panels.

Key to the Kingdom

Revenge of the Aztec Mummy 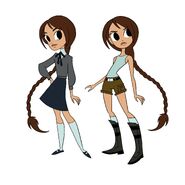 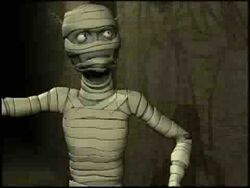 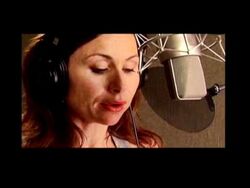