Lara Croft Wiki
Register
Don't have an account?
Sign In
Advertisement
in: Photos, Shadow of the Tomb Raider 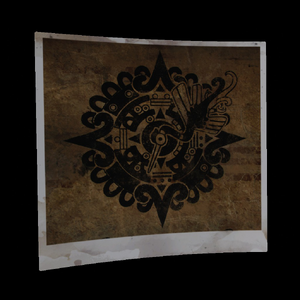 Queen Unuratu is a collectible photo found in Shadow of the Tomb Raider. It is part of Lara's Notebook collection, gained automatically by playing through The Hidden City.

Unuratu is the rightful queen of Paititi. After a famine that nearly wiped out the city, her family was ousted from power by the Cult of Kukulkan.

Her husband, Sayri, died hunting food on the outskirts of Paititi. Amaru, or Dr. Dominguez, Sayri's brother, felt responsible and took control of the city, using resources from Trinity to feed the Paititians until the famine passed. Even though Amaru saved the city, the Cult, in his absence, now rules with arrogance and fear.

Unuratu and her rebels are fighting to free the city from the Cult of Kukulkan and restore its ancient bloodline.

Unuratu was raised to believe it was her family's legacy to complete the ritual of the Silver Box of Ix Chel, and restore the sun for another age.