Natla (also known as Jacqueline Natla) is the main antagonist of Tomb Raider, and arguably Lara Croft's nemesis. She is a wealthy businesswoman and the owner of Natla Technologies.

Thousands of years ago, Natla was a member of the triumvirate that ruled the technologically advanced continent of Atlantis. Alongside fellow members Qualopec and Tihocan, she wielded the power of the Atlantean Scion, an artifact that posed powers "beyond even the creator," and was kept in three separate pieces possessed by each of the three rulers (Natla included).

However, their peaceful reign would not last. Having come to see the Atlanteans as "lingering wimps", Natla developed a mad desire to invoke a rapid evolutionary change to improve the Atlantean race through natural selection. To that end, Natla abused the power of the Scion and the Great Pyramid to create a "superior" race of mutant beasts to wipe out the current civilization (her fellow rulers included). Qualopec and Tihocan fought back, however, and were ultimately successful in defeating her. As her piece of the Scion was confiscated and she stood restrained atop the Great Pyramid. While they condemned her for her betrayal, Natla defiantly condemned them in return as "wasters" of the Scion's power. She vowed revenge as they froze her in a large stone capsule, promising that neither they nor Atlantis would rest. Her icy prison was buried in what would eventually become Los Alamos, New Mexico, while her piece of the Scion was hidden in the lost City of Khamoon in Egypt. Soon afterward, a terrible cataclysm destroyed the continent, scattering Qualopec and Tihocan to separate parts of the globe.

In 1945, a nuclear test unintentionally disturbed the capsule from its resting place, releasing Natla after thousands of years in limbo. Taking on the first name Jacqueline, Natla set out to finish what she started. Using her scientific expertise and cunning, she founded a company called Natla Technologies to secure the resources needed to seek out the missing pieces, as well as the Great Pyramid that housed the technology needed to breed her creations. In the years that followed, she located the Great Pyramid concealed inside the mountain that made up a small island in the middle of the ocean and set up a mining operation to unearth the entrance. She also eventually located Qualopec's tomb in the City of Vilcabamba in Peru, and Tihocan's Tomb beneath St. Francis' Folly in Greece.

In 1996, she hired the mercenary Pierre Dupont to venture into St. Francis' Folly and retrieve Tihocan's piece of the Scion, and sent the mercenary Larson to Calcutta, India, to enlist the famed adventurer Lara Croft to retrieve Qualopec's piece. Speaking to Lara via a small screen presented by Larson, Natla persuaded Lara to accept the job, but plotted in secret to send Larson to kill her and take the piece once Lara acquired it. The attempted backstab backfired when Lara overpowered Larson and deduced that Natla had betrayed her and had insidious plans for the Scion. The adventurer broke into Natla's office in the dead of night and found the monk's journal that Natla had used to determine the location of the second piece. Lara traveled to Greece, killed Pierre in a gunfight, and took the second piece, before traveling to Egypt after receiving a vision of the location of Natla's own piece.

It was in Egypt that Natla finally caught up to Lara, sending Larson inside the temple to kill her. When Lara killed Larson and escaped with the final piece, Natla ambushed her on the mountainside outside the temple with her three other henchmen. Taking back the assembled Scion, Natla immediately ordered Lara killed, only for her to escape by diving off the cliff into the river. Nevertheless, Natla and her goons left Egypt in her private yacht and set out to the island where the Great Pyramid was buried.

Leaving her men inside the mines to guard the entrance, Natla ventured to the top of the pyramid and placed the Scion on a pedestal, restoring power to the pyramid and resuming the mass production of her mutant creatures, including a massive pod holding her most powerful creation yet. Having stowed away on the yacht and killed Natla's henchmen, Lara fought her way to the top and tried to take back the Scion while Natla was temporarily absent, and received another vision that revealed Natla's true identity. With this new discovery, Lara and Natla confronted each other when the latter returned to the chamber. Natla explained her motives to Lara, blaming the Atlanteans' perceived evolutionary weakness for the continent's destruction as the large pod prepared to hatch. When Lara raised her pistol to shoot the Scion and abort the hatching, Natla launched herself at her (Lara), sending them both tumbling off the edge into the massive shaft that made up the center of the pyramid. Lara managed to grab the ledge of the platform beneath the pod while Natla plummeted into the lava pit below, and was presumed dead.

However, later on after Lara defeated the monstrosity that hatched from the pod, destroyed the Scion and made her way through the now collapsing pyramid, she entered a large chamber where she was ambushed by a dishevelled Natla, now sporting a bomb launcher and red wings similar to those of the Atlantean monsters she had encountered before. After being shot down in the battle that ensued, the vengeful former queen revived one last time and assaulted Lara with fired darts before being brought down for good. Lara escaped the pyramid as it was destroyed in a colossal explosion, taking Natla's brood and her mad ambitions with it.

Natla is interested in genetic experiments. She tells Lara that the human race has become decadent, like the Atlanteans before them. She wants to force a rapid evolutionary change in humanity by unleashing her creations upon the world in order to ensure that only the "strong" survive. She wants to see what sort of twisted perfection will result from such an experiment. She has no regard for the moral consequences and simply explains her plan as it is to Lara, discussing it on a purely intellectual level.

The rulers of Atlantis were presented with a more traditional science-fiction style (robotic appearances, cryogenics, genetics, evolution, etc.) In the original game, it is suggested that her wings are a mutant that she wears on her shoulders, and that her ability to shoot fireballs is due to a mutant attached or grafted to her forearm. There is no hint in Tomb Raider that she has the ability to shapeshift or teleport, or that she has super strength or is immortal.

After Lara wakes up in Yacht

After recovering from being shot down by Lara 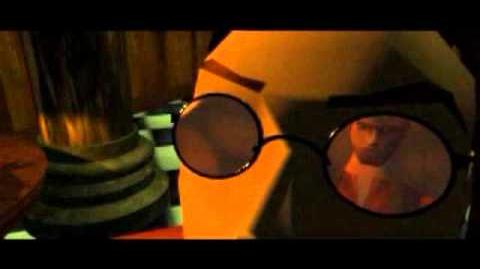 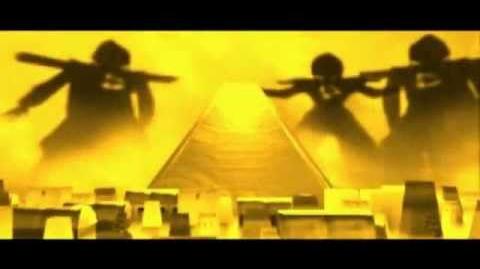 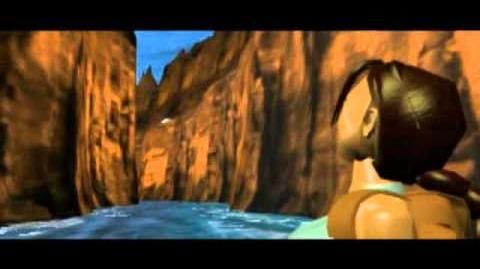 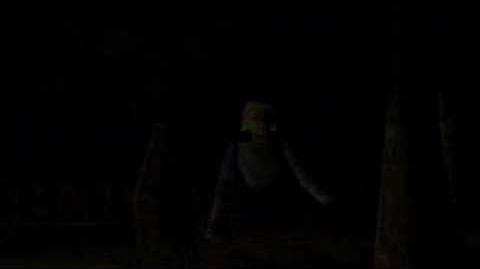 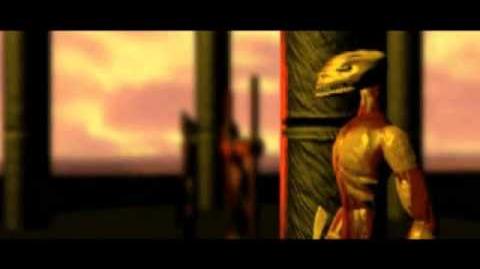 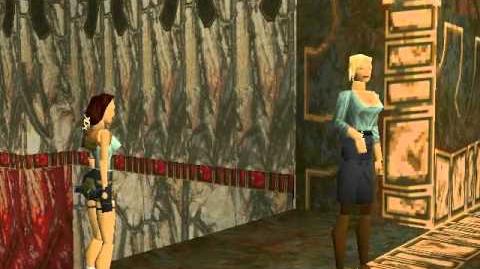