Tomb Raider
Mercenary
Laura Cruz (later known as Lara Cruz) was the first name for the heroine of the Tomb Raider games, picked by Guy Miller. It was first changed to Lara (which is the name used in the prototype stories) due to Americans not being able to pronounce Laura[1], and Cruz was later replaced with British name Croft, which was picked out of the phone book. Change in the backstory molded the character into the Lara Croft we now know.

Little about the character was revealed in "10 Years of Tomb Raider a Gametap Retrospective" bonus video that was included in the collectors edition of Tomb Raider: Anniversary.[2]

Lara Cruz is a modern day adventurer and procurer of rare artifacts. Lara has PhD in Archaeology and Comparative Mythology from Oxford. She is also a mercenary. Lara’s father was a Major in the Special Air Service, and taught Lara everything he knew of combat and survival skills.

Willard Stirling a multi-billionaire would hire Lara Cruz to find several artifacts around the world. Those artifacts combined would open a door to alternate worlds. In fact Willard Stirling was from one of those world and he was a Nephilim [3].

After some thieving in some lost Incan city, she found a diary belonging to dead nineteenth century adventurer. It lead her in a quest of The Key. The remaining Atlans have watched her and attempted to stop her from using the key, as they had plans of their own for it. Lara defeats the Atlans, and heads to the Master Pyramid. In an attempt to turn on the pyramid, she in truth switches if off, and releases Sanatkumara from the prison, which the pyramid was. Lara then has to turn on the pyramid and restore the world [4].

Lara Cruz was hired by Arther Hamilton Graves to find the pieces of Scion of Mu with the assistance of his diary.

Lara Cruz enjoys working with underprivileged children and the mentally disabled. She has a degree in needle work, and loves to travel. Lara's one wish is to ski down Everest with Brian Blessed strapped to her back [5].

Lara Cruz as she appears in early teaser

Cruz and the Chaos Raiders 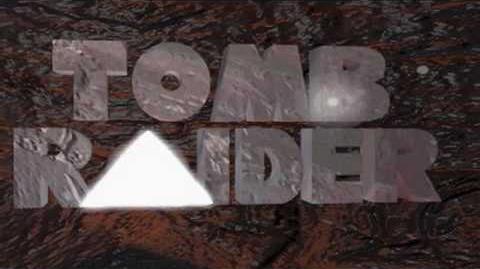 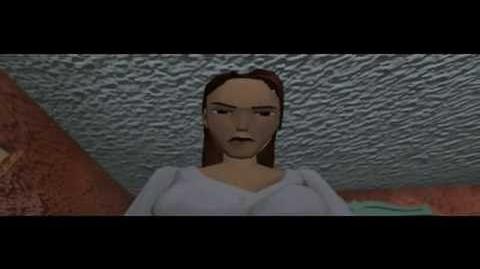