Lara's Outfits are the items of clothing worn by Lara Croft during the events of the games.

Lara's signature ensemble consists of a tank top, shorts, socks and combat boots, which she wore in every game until the 2013 Reboot. In most of her outfits, Lara would always complete the ensemble with a Backpack, fingerless leather gloves and a type of leather holstered belt with a large or small buckle and garters. 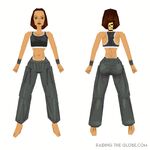 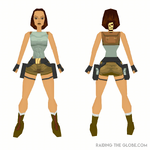 TR I Classic
(In game) 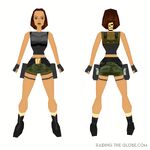 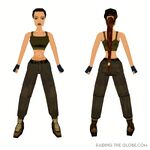 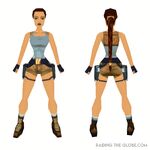 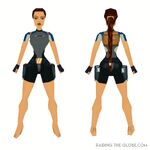 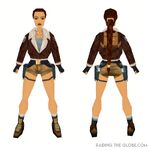 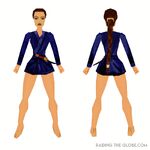 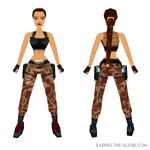 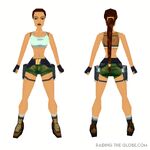 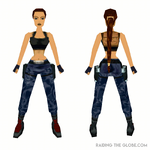 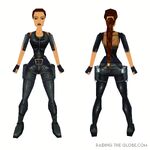 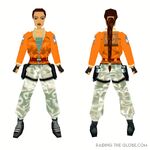 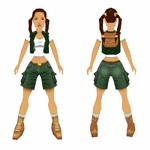 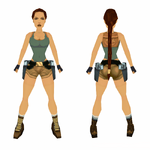 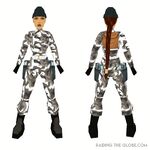 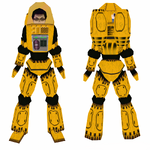 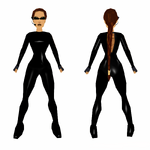 Tomb Raider: The Angel of Darkness[]

Black and Camouflage from TR AOD

Bonus DLC outfits
(Exclusive to the PS3 and Xbox 360)

Casual Explorer
(Beneath the Ashes, DLC)

Gold Bikini
(Beneath the Ashes)

Blue Bikini
(Beneath the Ashes)

Black and White Bikini
(Beneath the Ashes)

Lara Croft and the Temple of Osiris[]

Rise of the Tomb Raider is the first game in the main series that clothing will function more than just cosmetically, and will offer perks.

Shadow of the Tomb Raider[]

Tunic of the Exiled Fox

Vest of the Empress Jaguar