Kurtis Trent is a fictional character from the Tomb Raider: The Angel of Darkness.

Kurtis Trent, ex-Legionnaire and adventurer, was born on June 26 1972 in Salt Flats, Utah, USA[2] in a secure Lux Veritatis bunker to Konstantin Heissturm and Marie Cornel. Almost immediately, his mother went into hiding with him. When Kurtis was only three years old, the whole family moved around Europe and the Middle East while evading Eckhardt and the The Cabal who intend to wipe out the whole Lux Veritatis order[1]. Konstantin started training Kurtis as a Lux Veritatis initiate while on the run[2]. In 1976 Kurtis spent a year in Scotland with his mother, while Konstantin fights Cabal forces in Turkey[1].

At sixteen, Kurtis underwent the most intense stage of his Lux Veritatis initiation[2], while his father is again absent for several years on covert missions for the Lux Veritatis[1]. Upon reaching nineteen, Kurtis disappeared and joined the Foreign Legion, changing his name to Trent. He stayed hidden within the Legion for five years, just long enough to qualify for French citizenship, but was constantly assaulted by bizarre events linked to the occult. It is here he adopts the nickname "Demon Hunter"[2].

In 1996, Kurtis left the Foreign Legion and began freelancing with a variety of mercenary and semi-legal agencies under the direction of Marten Gunderson. He collects word from his father, but never sees him alive again. In 2001, Konstantin is murdered by Eckhardt. Spurred on by his death[2], Kurtis receives two talismanic items from his mother[1], the Periapt Shards and the terrifying Chirugai blade - a discus-like glaive made of Ferilium. He then embarks on a mission to overthrow Eckhardt[2].

Kurtis Trent crosses paths several times with Lara Croft, British archeologist and world renowned adventurer, and they join forces in Prague to combat the Cabal and Eckhardt. He is badly wounded while fighting a mutated form of one of Eckhardt's scientists, Kristina Boaz. His fate is officially unknown[3].

Kurtis' design went through some major changes during the game's development as seen below. He started out with a name Kurtis Breislin[4]. 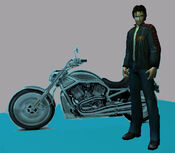 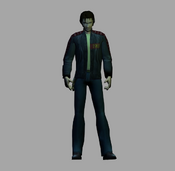 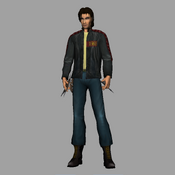 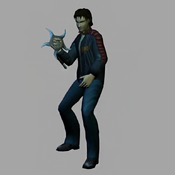 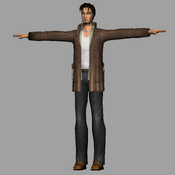 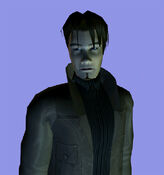 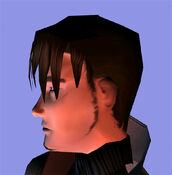 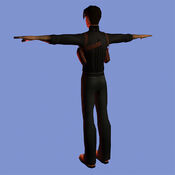 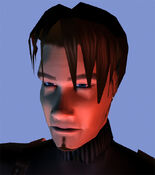 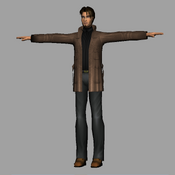 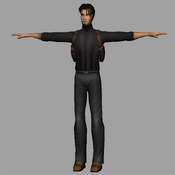 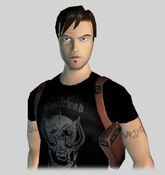 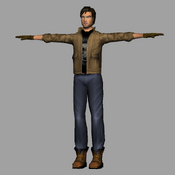 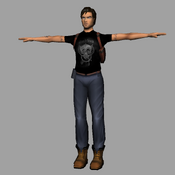 In 2001, Kurtis Trent was planned to become a major figure in the Tomb Raider franchise. Documents released by Murti Schofield through his Shadow Archives project revealed that Core Design were considering some options for the character following his debut in The Angel of Darkness.

The first option was to give Kurtis Trent his own standalone spin-off prior to the events of The Angel of Darkness. The game would have explored Kurtis Trent's backstory. Tentative titles were Kurtis Trent: Bloodlines or Kurtis Trent: Demon Hunter.[5] Design documents dated as far back as 2001 showed that it was to be a prequel to the tentatively titled 'TR Next Gen', and would take place in New York City from 1998 to 2000. Kurtis would be living out of his wrecked 1970's Ford and surviving through a life of crime, whilst running from his ancestral past.[6] The game would have been from a third person perspective, with search and destroy missions being a core focus. Kurtis would have been able to use hand-to-hand combat, firearms and psychic powers. Like in Angel of Darkness, player choice would have been explored further, with the game featuring some sort of good vs. evil mechanic.[7] Lara Croft would have either been completely absent from the game, or would have been a guest character for a level or two.[8]

Another option was for Lara to go missing at the start of a game, with the player controlling Kurtis for the opening levels, as he tries to find her - suspecting The Cabal were involved. In 2003, following the critical and financial failure of The Angel of Darkness, control of the franchise was given to Crystal Dynamics, who rebooted the franchise with Tomb Raider: Legend.[9] In a Q&A on the Tomb Raider Forums, Legend writer Eric Lindstrom stated that there was no desire to continue the Angel of Darkness storyline or for Kurtis to return.[10]

On the Shadow Archives website, Schofield stated that in 2016, he had pitched the idea of parallel universes to Meagan Marie of Crystal Dynamics, where the Angel of Darkness story could run alongside the ongoing Survivor Timeline.[11] In 2021, Crystal Dynamics announced that all timelines would be unified and merged together, though no specific plans were given.[12] 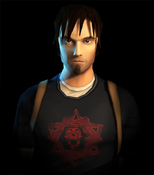 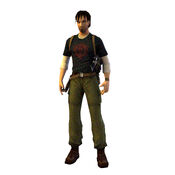 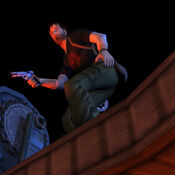 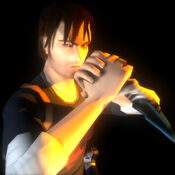 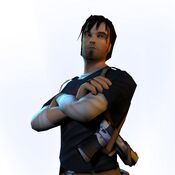 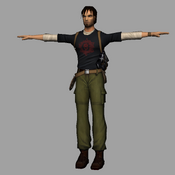 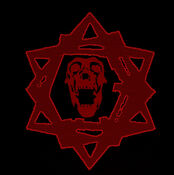