Dragonettes are enemies that appear in Tomb Raider III: Adventures of Lara Croft. Their origins are unclear but they may have been created by Puna, who uses the Ora Dagger meteorite artefact to summon them to his aid. The Ora Dagger is also fashioned in the shape of a lizard.

The Dragonette creatures can breathe poisonous fumes that gradually drains the life out of a human before they die. Additionally, they possess the usual attacks associated with animal enemies such as the swiping claws. They are also able to climb up and down cliffs.

During the development of the Coastal Village level, a screenshot shows Lara in her classic outfit battling a Dragonette in a cave. 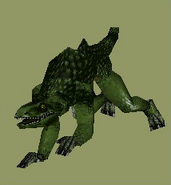 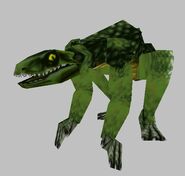