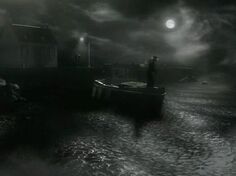 Connussie is a place in Ireland.

It is the birthplace of Winston where he also lived with his wife. It is also known to contain a village. Father Bram Patrick Dunstan, Connussie's local priest, would also find the time to visit his friend, Winston, after returning from his travels as a religious emissary. On 22nd April 1984, Lara Croft went to stay with Winston and his wife for a while due to flooding at her home. Allowing her curiosity get the better of her, Lara smuggled herself aboard Father Finnegan's boat which Father Patrick was traveling on to investigate strange occurrences at a nearby island. Lara and Father Patrick would find themselves on an adventure with demons before returning to Winston's home for some tea.