Camilla Luddington (born December 15, 1983) is an English actress who portrays Lara Croft in the Survivor Timeline. She provides voice, facial, and motion capture for Lara. Outside of Tomb Raider, her most notable role has been as Jo Wilson on Grey's Anatomy.

Born in Ascot, Berkshire, Camilla traveled much of her early life between England, Texas, and Pennsylvania, attending schools such as the American School (Thorpe, Surrey), Westwood High School (Austin, Texas), and Susquehanna University (Pennsylvania). Her stint at Susquehanna was short-lived, and she soon transferred to the New York Film Academy, where she completed her education. After returning to her home country for a brief period of time, she then moved to Los Angeles to pursue her acting career.

Her early television and film parts were small, with her first break coming in 2012 with 10 episode appearances in Californication. Following this would be a recurring role in True Blood before she landed her role on Grey's Anatomy.

Luddington has been in a relationship with actor Matthew Alan since 2008, whom she married in August 2019. The pair have two children, a daughter named Hayden, born March 2017, and son Lucas, born August 2020.

Crystal Dynamics, wanting to keep the development of Tomb Raider a secret, put out a casting call for a project called "Cryptids" with a character called Sara. Camilla was informed of the role by her agent; reading the character description, Camilla was reminded of Lara Croft and went to the first audition wearing shorts and boots. The casting team was impressed with Camilla 's performance and narrowed her down to one of the finalists, before finally offering her the role. She was informed that she had won the role while sitting in her car, claiming to have screamed upon learning that she was playing Lara Croft.

Camilla's performance as Lara has been generally very well received, being praised for bringing so much depth and emotion to the character. However, in speaking with Entertainment Tonight (see video section), Camilla announced that Shadow of the Tomb Raider might be her final appearance as Lara Croft. 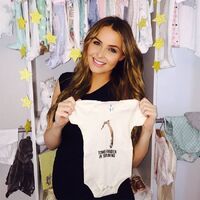 Camilla holding a Tomb Raider onsie for her daughter

Camilla at the 20 Years of Tomb Raider panel at SDCC 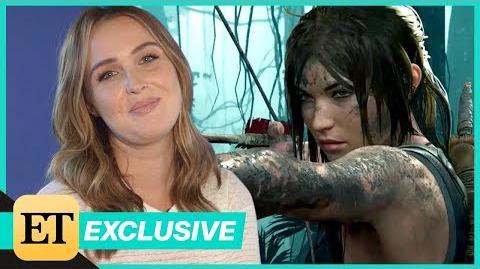 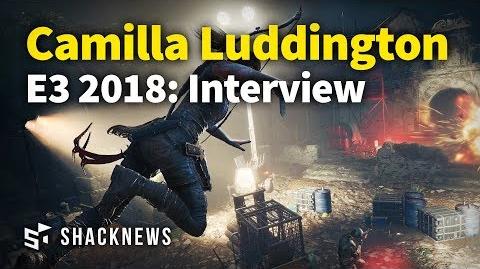 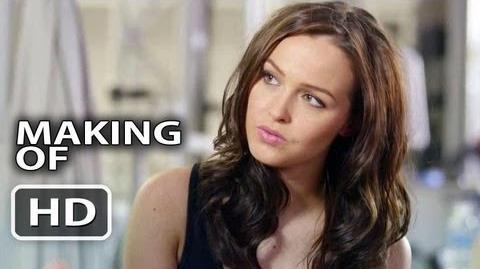