Lara Croft Wiki
Register
Don't have an account?
Sign In
Advertisement
in: Rise of the Tomb Raider, Countries

The Byzantine Empire is a former empire. Its capital was Constantinople.

843 – Iacobus is born, in the suburbs of the Imperial City, Constantinople. Around the time of his birth, the 100-year reign of Iconoclasm comes to an end, resulting in proliferation and renaissance of religious art and mosaics[1].

June, 860 – The pagan Rus invade Constantinople. Attacking as sudden and unexpected as "a swarm of wasps", they raid the suburbs outside the city, committing great atrocities. The Byzantine Army and Navy are absent from the city, split in previous conflicts with the Normans in the Mediterranean and the Arabs in the Aegean, and is unable to defend the city. The Prophet's family is killed in the first day of the siege, and he only survives by fighting alongside the city guards. In August, when the Rus retreat, Iacobus is left without a home or a family. He is requested to join the Imperial Army, but having seen inglorious truth of war personally, and driven by his own desire to find purpose in life, instead enters the seminary[1].

863 – Iacobus, now a novice of the Church accompanies a Bishop of Constantinople on a mission to Kiev to bring the word of Christ to the Rus[1].

Around 870 - Iacobus returns to Constantinople, and using the Divine Source starts his Prophet days. He is soon chased out of Constantinople, together with his followers, by the Roman Catholic Church, who doesn't like his popularity. 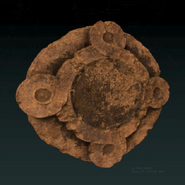