What's on your mind?

It's been a while since I was here, but with the Critical Drinker now releasing a new video reviewing the 2018 Tomb Raider film starring Alicia Vikander (especially now that a sequel is set for release this year), I thought I'd post it here to see what you guys think.

Just as a heads up, The Critical Drinker previously did a comparison of the original Tomb Raider game and its more modern counterparts as he went over the pros and cons of both, which I posted a thread about before if you're interested: https://tombraider.fandom.com/f/p/4400000000000000190

However, just to correct an error I made on that thread, the Critical Drinker's name is Will Jordan (not Jack Taylor) and he's the author of the Ryan Drake book series.

As I said in that last thread, Be aware, this is just his opinion so feel free to disagree. I just thought I'd share this as I thought it might be interesting to watch.

Also, Will's slurry Scottish accent might be a bit grating on your ears, so I recommend you set the video speed to 1.25x if you choose to check this out.

Hope you enjoy what you see. If not, apologies: 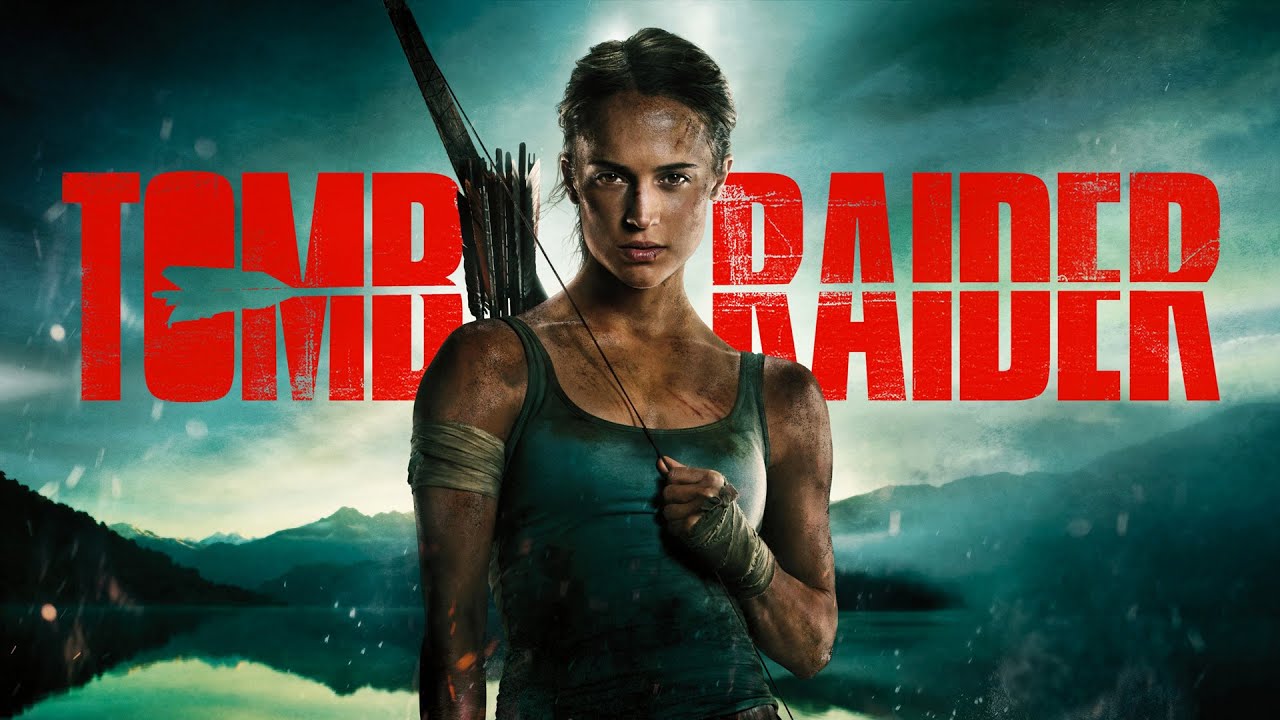 Tomb Raider - The Movie Everybody ForgotYouTube

Back when the new trilogy was just one game, the 2013 Tomb Raider, we'd call Anniversary, Legend, and Underworld "the trilogy" or "the Xbox trilogy". A reboot of the original series.

But now that the next reboot is now a trilogy as well, what do we call them?

Original Series: (all games before Legend)

What used to be called Xbox trilogy:

What would we call each trilogy? I want to name them to distinguish them. (Personally I prefer the first one - more fun, tombs are dungeons rather than pretty much tougher versions of BotW shrines (but BotW was really enjoyable for me), and I prefer that Lara Croft too - but I know many people are the opposite)

Or do they already have official names? If so, what are they?

(edited by KillRoy231)
Shadow of the Tomb RaiderTomb Raider: Legend

Recently I got ecstatic when PlayStation revealed their ps plus free games of January and showed off Shadow of the Tomb raider as one of them.I downloaded the game and played through the first mission and right after I tried to continue/load my save file but it keeps saying “Content is currently installing.Please wait while it becomes available.” . I’ve checked whether it needed a update but no , nothing seems to be wrong other than it won’t let me play the rest of the game. back in 2019 I played the demo until that part so maybe that has something to do with it.Anyways, any ideas on how to fix this?

I am back. Some users may know me because of my article creation and huge activity here. Now most are finished but I always spend time here.

Hello to all of the fandom community ! Have been a huge fan of the series from the early ages ! Though, i have a question that has been bothering me for quite some time now and i would be really greateful if someone could give me an answer.

In Legend, since the stone dais in Nepal was used by Lara's mother causing it to collapse, how is it that in Undeworld the same site Lara visits again in the end with Amanda, remains intact allowing their transport ? It is shown clearly in Legend that the gate ring and dais were destroyed allowing teleport only once (Amanda mentions it also).

Again, thank you in advance !

Fandom! I have a burning question about a small part in the first movie.

The question is, when Lara says she'll "be calling in a favour" to get to Cambodia we see a photo of her and a group of lads, but there's no direct reference as to who these men are. They look like they're army of some sort, so i was wondering was Lara in the military at any point?? I've always wondered who they are and i'm dying to know if anyone has information on this!

Anyone who wants to assist in Tomb of Ash attempt on getting the Tomb Raider: Anniversary Edition released in some sort of form, here are the links. read the article and sharing it to people would be good idea. Also consider adding a voice to the petition.

We need your help. Tomb Raider: Anniversary Edition | Tomb of AshTomb of Ash

As stated on the Trivia Pages for both characters, originally the writers for the Inferno arc had intended for Lara to come to realize that her feelings for Sam were romantic during her drug induced trip after eating a bit of the bark from the tree of life. However, for whatever reason, likely the higher ups Vetoing the scene because even after shows that have been huge hits with critics and audiance alike( like She-Ra and the Princesses of Power, The Legend of Korra, Adventure Time, Steven Universe and most recently Kipo and the Age of Wonderbeasts) it's still seen as a massive risk to pair to people of the same sex together in a major Triple A Game even if the pairing in question is the most popular in the fandom right now.

For the record, if you don't ship Lara and Sam that's perfectly fine, but the fact that Sam and her relationship with Lara has remained popular for 7 years that the rumor that Sam MIGHT appear in the upcoming sequel to the 2018 movie has caught the attention of several major news articles is significant. I mean, how many people talk about Lara's mother, who was a major player in the Legends Timeline and the very popular Blood Ties DLC from Rise. How many people fans are still talking about Zip, or even Jonah, who is the only character to have appeared in every game of the Survivor Timeline besides Lara.

Sam has remained popular despite her limited screen time and despite the studio trying to side line her and yet she keeps coming back and still is shipped with Lara to this day. And creators like Jackson Lanzing, Phillip Sevy and Gail Fricking Simone still go over how much fun it was to write and draw her. Sevy has even stated in the 20 Years of Tomb Raider that Sam was his favorite character to work on and stated that before he even had a chance to draw her he was sent tons of Email that was asking about her and what her fate would be.

And in Inferno the writers worked to get the Lara and Sam together romantically despite Sam being sidelined Again. Again, remaining in the fan popular consensus for 7 years is no small feet and with Tomb Raider I can only think of 3 characters not named Lara Croft who have remained in popular with fans, Winston, Jacqueline Natla and Sam Nishimura.

It'll be interesting to see how Sam's involvement in the series develops especially if/when I get my TR Animated Web Series done.

A video I came across and thought I'd share.

In this video by Jack "The Critical Drinker" Taylor - an Author, YouTuber and Alcoholic from Scotland, he does a comparison between the newer Tomb Raider games and compares it to Lara's original adventure; examining the pros and cons and how far Lara has come and what he prefers in the original over the new games.

Be aware, this is just his opinion so feel free to disagree. I just thought I'd share this as I thought it might be interesting to watch.

That said, best set the video speed to 1.25 as his slurry voice might start to grate on some people's nerves after a while. 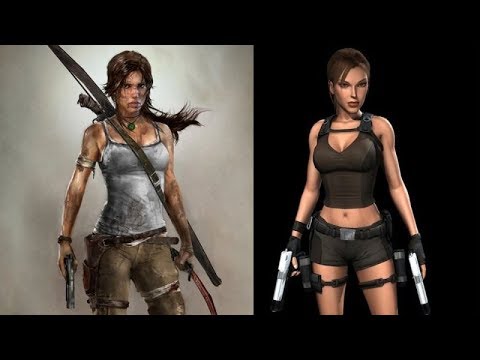 Lara sometimes mysteriously survives Sun Queen-generated windstorms and able to reach her on the outside of the building in a storm.

Is it possible that the last vessel helps her against the will of Himiko?

My dad and I have always been a fan of Lara croft.

When I was young he played the games,

And I recently finished Shadow of the tomb raider. I finished it yesterday, and I'm sad that I have no other Lara croft games to play.

So yeah, just saying hi! I hope to edit some pages.

Lara CroftShadow of the Tomb Raider

So y’all I am desperate. I can’t get through a portion of the game in Story Mode. I need more salvage to upgrade my bow to use the rope bow. But I can’t go anywhere other than this area and I am more or less stuck. Can someone help me please?? 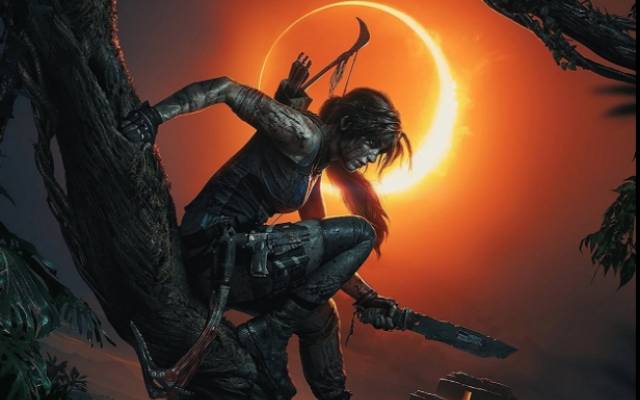 Shadow of The Tomb Raider is the next title including the famous Lara Croft. Third and last opus of a trilogy, this last one will offer us to plunge back into more complex adventures than the others. Puzzles, dangers and other joys will be part of it.

Eidos Montreal estimated the game's development costs between $ 75 and $ 100 million, with a separate marketing and promotion budget of $ 35 million, making it the studio's biggest project at the time. Studio chief David Anfossi recognized the scale of the project in the modern video game market and the need for profit. 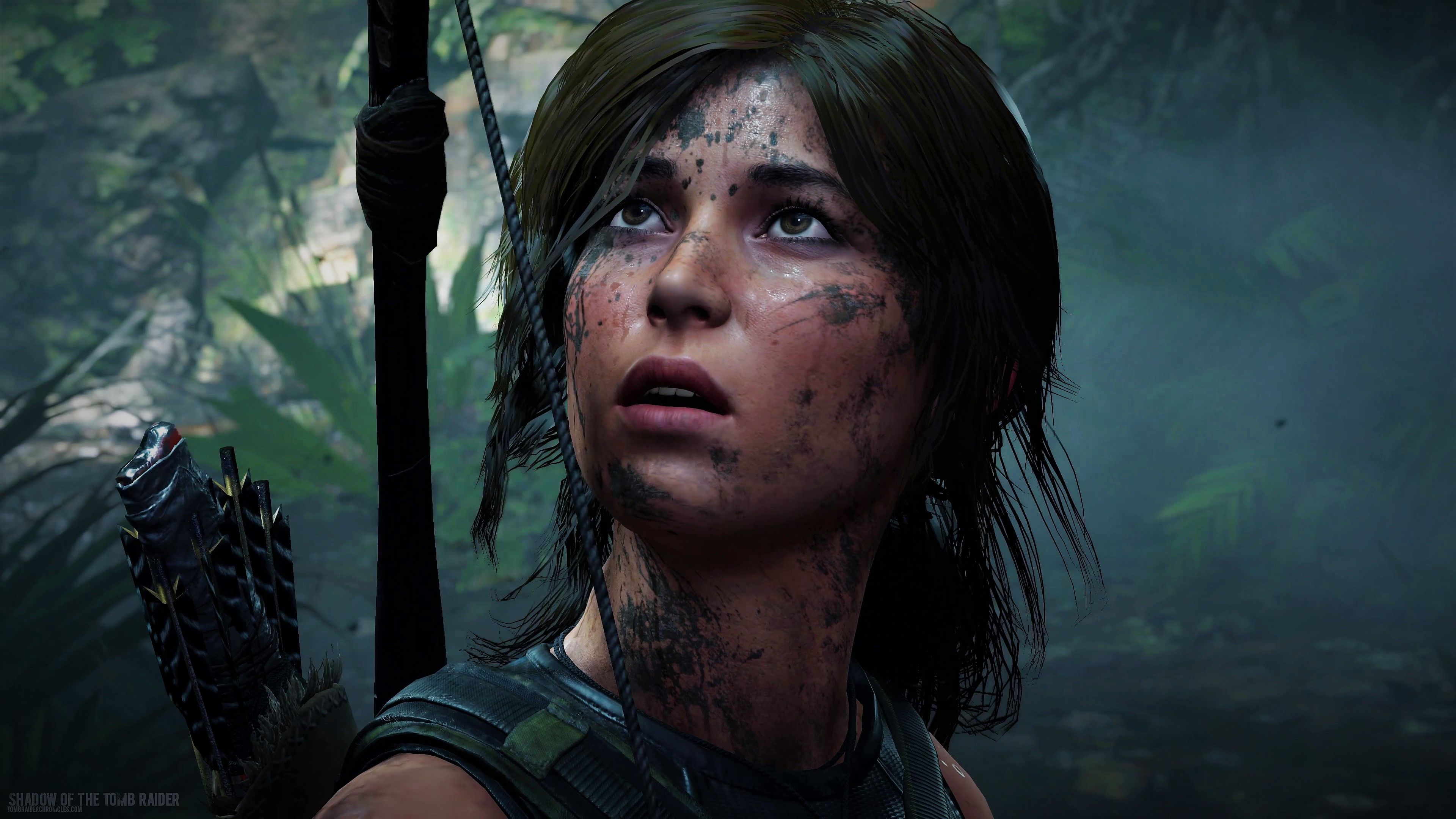 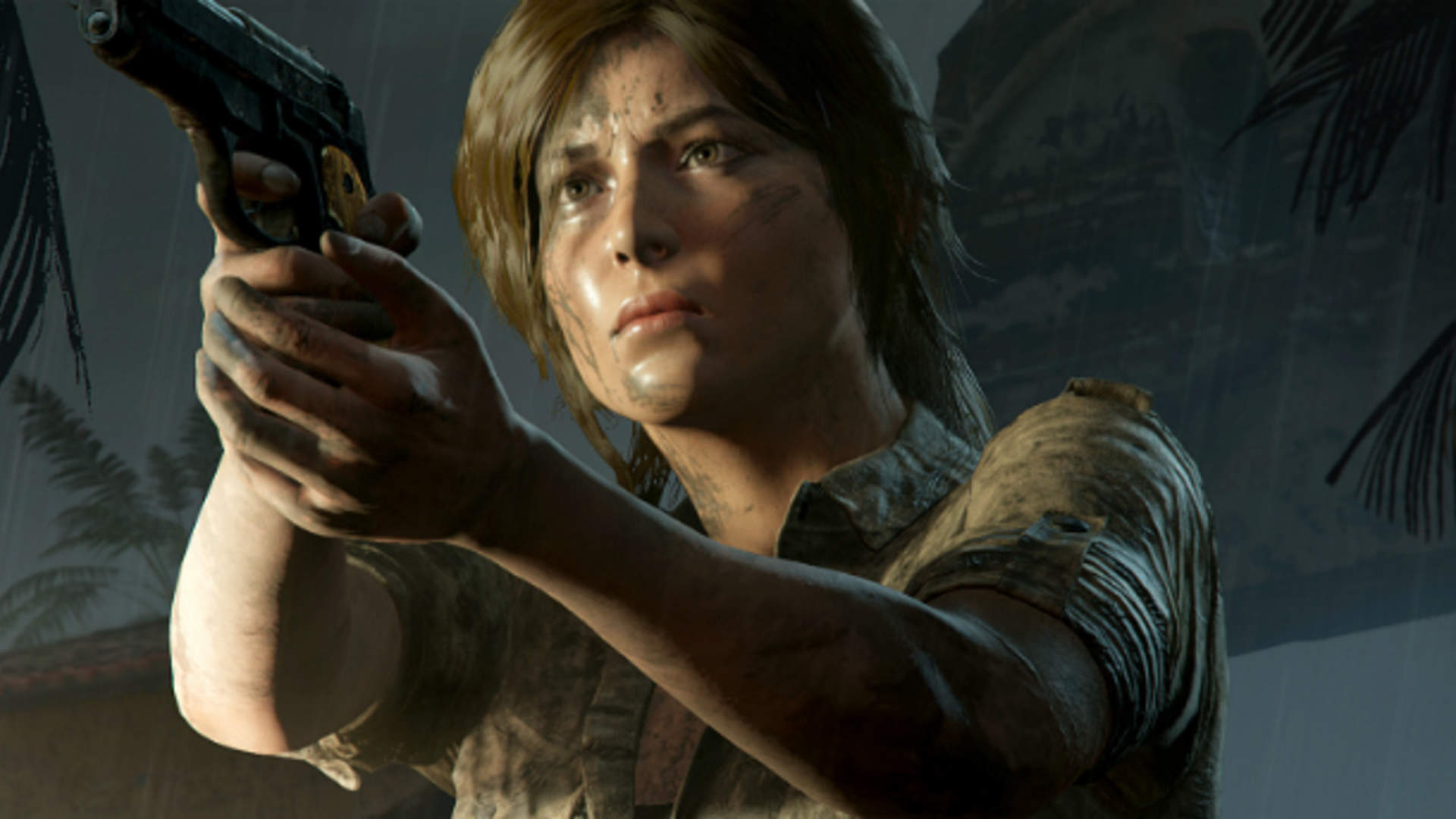 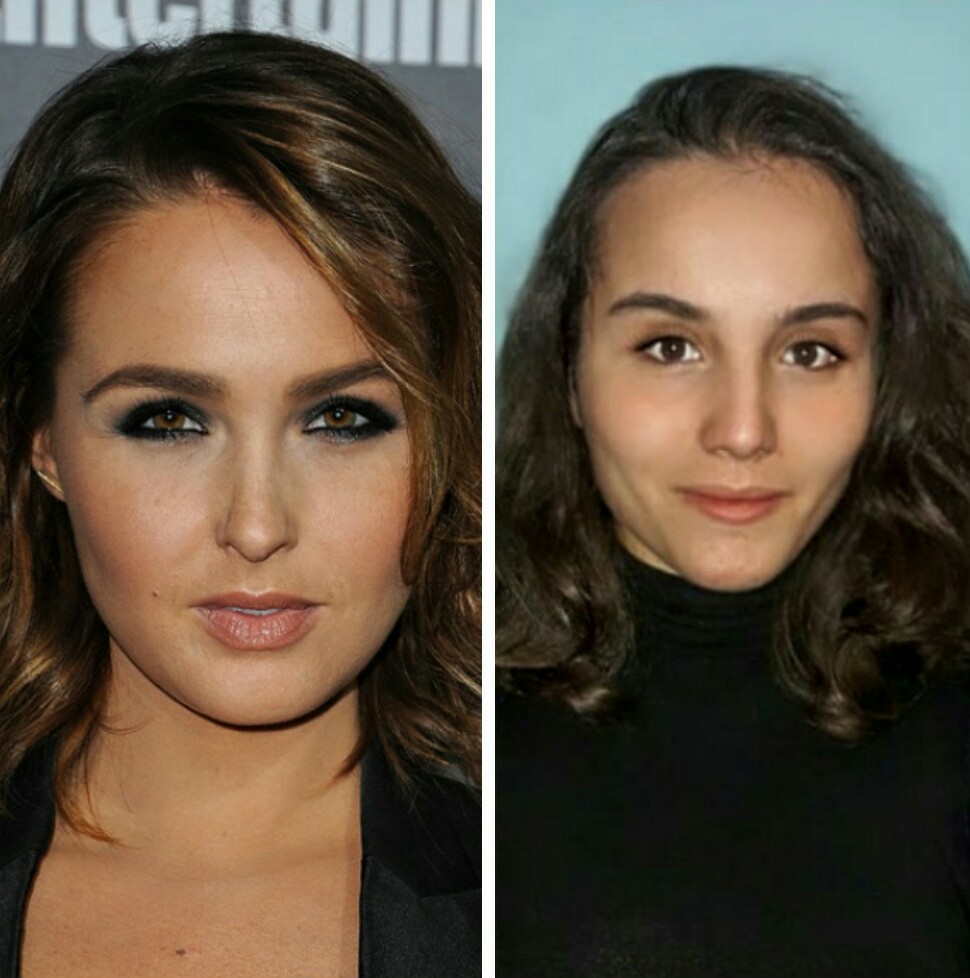 Amel kahlallou is a young stuntwoman, to play the role on the 2 chapters of tomb raider. 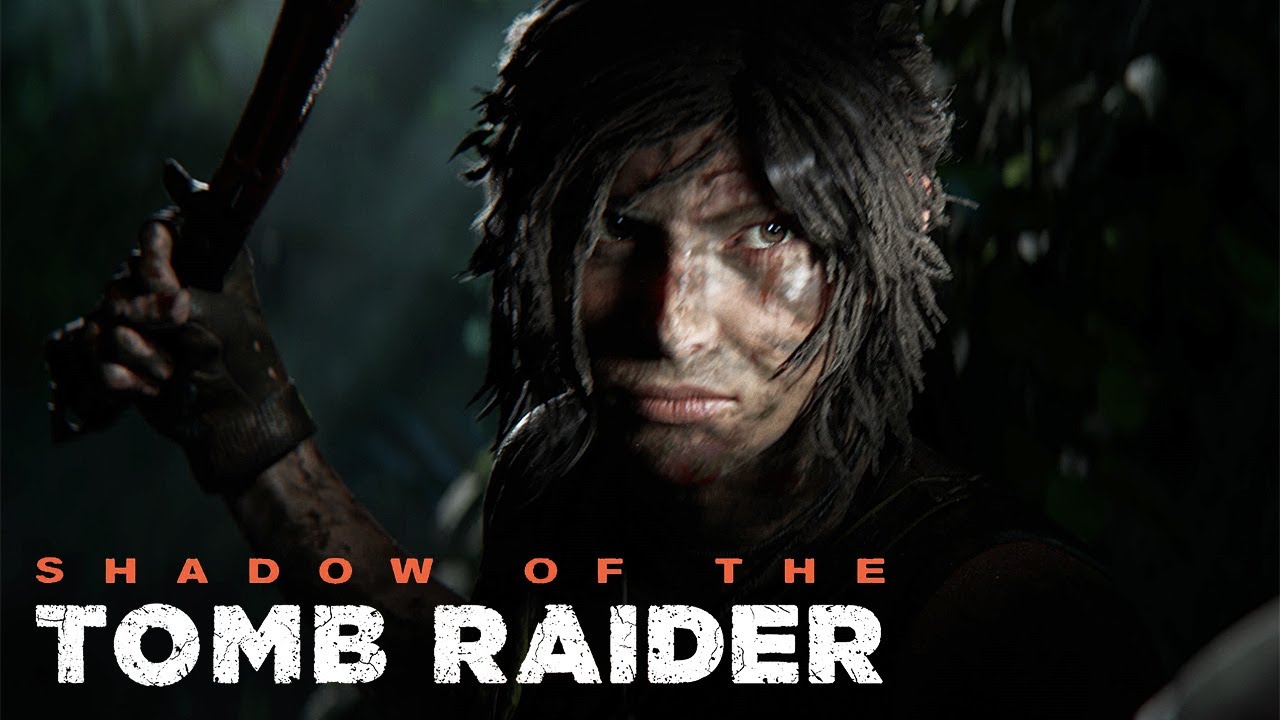 U can catch up the rebooted timeline in this video. 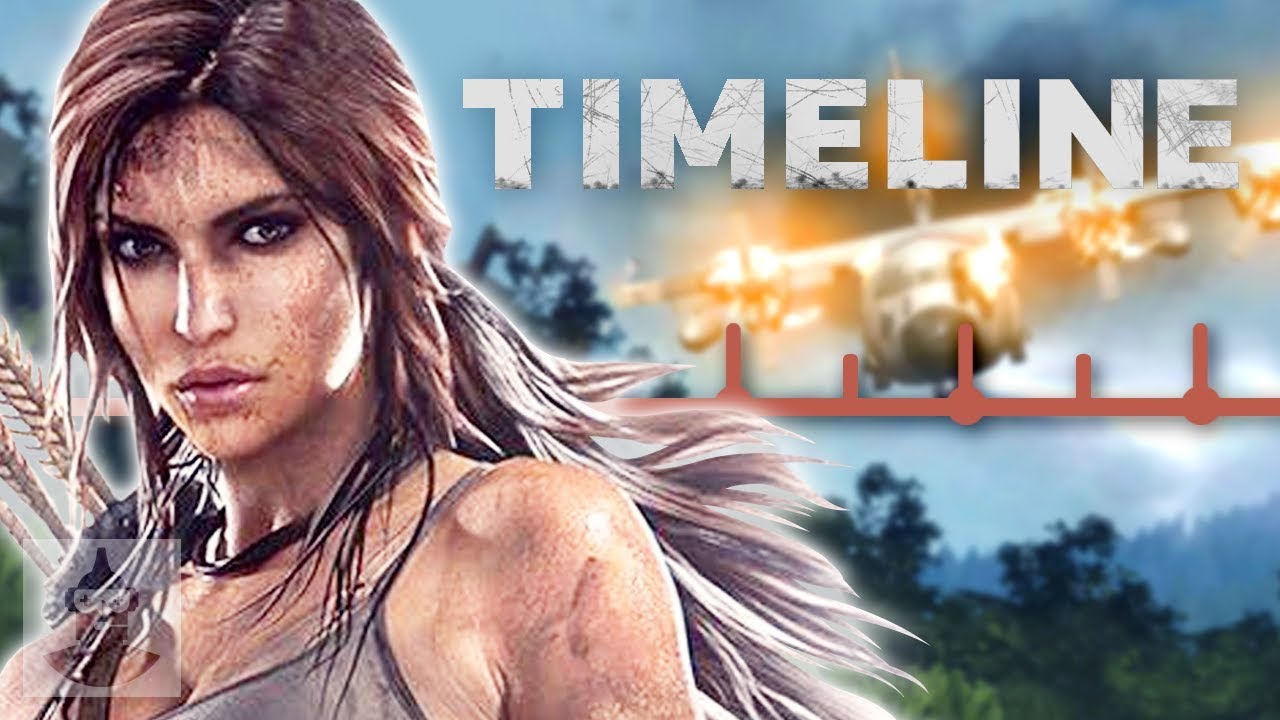 Is it Okay if i create a page for the naga enemy, and by naga, i mean the one in Tomb Raider: Underworld, as well as add to the reptile section? might need some help though

I haven't really played the original series. I have played the Xbox trilogy and seen my friend play through the 2013 game.

I'd say the Xbox trilogy, it was pretty fun to play through and was mostly going through tombs or else other stages with death traps and such. Underworld DID get tough at times but that stage at the Andaman Sea with Thor's Hammer was awesome.

The 2013 game, I don't think I'd have fun playing through as it's more of a "survival" game and tombs are demoted to pretty much shrines on Breath of the Wild (at least that game was really enjoyable). Plus Lara is more vulnerable and hates tombs, not quite my kind of Lara Croft. I like her as she is in the trilogy, and find it kinda cute that she thinks death traps are fun.

I know most will probably say the 2013 game and I won't judge you for that, in case you were worried, so please don't judge me for my unpopular opinion in return.

Also, did you like the 2018 film or did she not quite feel like the Lara Croft you had in mind like the original film series? And did you like that there wasn't any supernatural in it or did it not feel like Tomb Raider for it? 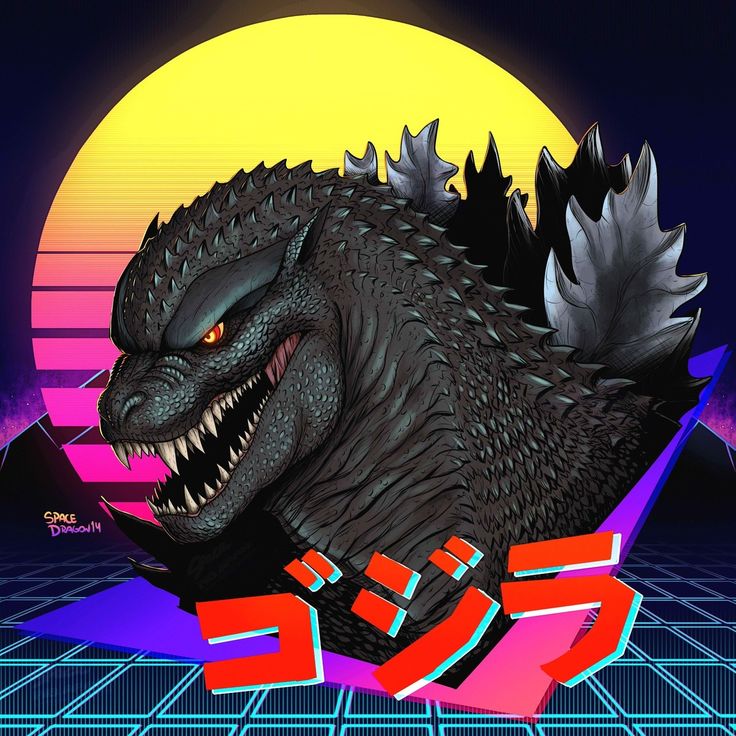 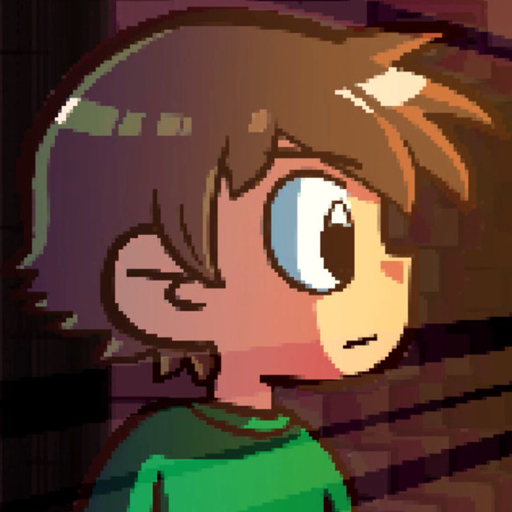 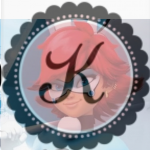 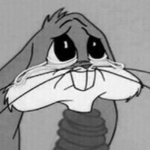